I want to recap you about our wedding in three separate blog entries. The before, during and after. So let us talk about the days leading up to the big day.

For those of you that don’t know me personally, I got married.

To be honest it feels the same, I feel as much in love as I was before.

I want to recap you about our wedding in three separate blog entries. The before, during and after.  So let us talk about the days leading up to the big day.

A week before the wedding I was nervous, excited, stressed and anxious. Everything seemed like such a big issue, including what type of chairs to provide for young children. Once the day started coming closer, the stress became less and by the night before I was almost completely stress-free.

Our final meeting with our wonderful coordinator Karla was the Saturday before at Urth Café, we went over all the last touches. I was very organized with the wedding planning from the start so I hope that I made Karla’s job easier for doing so.

That same night we went to our friends house for a birthday party and we ended up being there until pretty late. It was fun!

That Tuesday my work bought me a cake and gave me gift cards to celebrate the upcoming wedding, it was becoming so real!

Wednesday I got my ring cleaned and ate an ice cream cone.

Thursday Ryan and I loaded up both cars with everything for the wedding and we took the 1 hour drive to La Canada Flintridge, CA to drop off everything at the venue. At this point in the week I was feeling great, no stress, just anticipation. We ate pizza later that night and talked about how ready we were for this to happen.

Okay, before I tell you about Friday believe me when I tell you none of this was planned. By that morning we did not even know if Ryan was going to be staying over that night at the hotel. By that morning my best friend Marlene had just decided to skip her plane ride and drive down from San Francisco instead.

None of this was planned, but damn I’m so glad it happened. 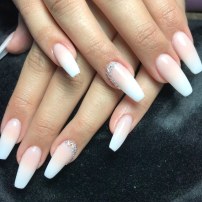 Friday morning I was woken up by the sounds of my neighbor screaming “FIRE!” followed by the sound of broken glass. The unit directly downstairs was on fire, her candle had set her kitchen into falmes. Luckily she used the extinguisher and was able to put it out.

Okay, so I was awake.  It was time to get everything ready for the big day, everything was packed and my nail appointment was at noon. I skidaddled over to my Nail God… I mean Nail Tech, Dorita, and she worked her magic. I was ready for the day.

I honestly don’t remember much else of that day leading up to driving over to Pasadena… Oh yes I do, we bought Patron bottles at Bevmo.

This is what brings me over to the night before our wedding.

We arrived at the beautiful DusitD2 Hotel in Pasadena and unpacked all our belongings. Initially our plan was to have dinner with the wedding party that was already in Pasadena but that quickly changed. For some reason I thought it was a good idea to invite everyone over to our room and have some celebratory shots before.

One bottle of Patron later we were out bar hopping. We started off at a Tavern drinking beer and taking endless amounts of pictures and videos. We also went to a bar where they had live music and then after that… or before that, not sure, we ate tacos. Somehow we ended up at an underground hip hop club at 1:30am.

At that point I turn around look at Ryan and I say… “We’re getting married tomorrow… let’s go”.

We left and ended up at the hotel with Ryan not the soberest he has ever been. We finally fell asleep at 3:00am.

We woke up the next day at 6:30am and began our wedding day.

Hola amigas! My name is Angelica but I most often go by Angie Dee. I am Mexican-American with both parents coming from Mexico City. I graduated from CSUSB in 2009 with a Mass Media Communications Degree. I consider myself a home chef with a specialty in making any dish a Mexican inspired dish.

I see food through memories and stories, I remember Sunday breakfast with my family being a great event, my dad always creating his artistic recipes that he always wanted us to try and my grandmas having their signature recipes like sopes or donitas.

Come with me as I take you through a memory lane full of sabor!